Aespa (Hangul: 에스파; stylized as æspa or aespa), is a South Korean girl group formed by SM Entertainment. They debuted on November 17, 2020,[1] with the digital single Black Mamba.

The meaning of aespa has multiple meanings, with the use of æ standing for both "Avatar X Experience" as well as becoming an "aspect" being both sides. Another meaning of aespa is meeting another avatar of yourself [2]and experiencing a new world,"you always perform at your best despite fear and doubts", and "beauty & aesthetic".

On October 26, 2020, a video was posted on aespa's twitter which revealed the name of the group and their logo. SM Entertainment then went on to announce that they will be debuting their new girl group sometime in November. On October 27, SM revealed Winter as the first member of aespa. On October 28, Karina was revealed as the second member of aespa.

On October 28th, during a press conference for Aespa, SM founder Lee-Soo Man announced the group would have four idol members and four virtual members. This would create "a future world [that] centers on celebrities and avatars and transcends boundaries between real and virtual worlds".[3] During this press conference, a teaser video was revealed showing the two revealed members Winter and Karina as well as two unrevealed members, Ningning and Giselle. The teaser also showed one of the virtual members, æ-KARINA as well as the AI system, NAVIS. On October 29, Ningning was officially revealed as the third member of aespa. On October 30, Giselle was officially revealed as the fourth member of aespa. On November 2nd, it was announced that aespa would be making their debut with the digital single "Black Mamba" on November 17th.[4] Concept photos were released from November 4th to November 15th. The teaser for the music video was posted on SMTOWN's YouTube channel on November 16. On November 17th, aespa's fandom was revealed to be "MY." "MY" means 'The most precious friend' in KWANGYA where aespa's Avatars live.[5]

On January 21, 2021, Cheon-hoon of Sonic Korea Mastering Studio teased aespa's comeback single, titled "Forever". The teaser was taken down a few hours after being posted.On January 29, 2021, aespa's official Twitter account promoted the hashtag #늘_네_옆에_난_서있을게 (#I_will_always_stand_by_your_side). It was later revealed that the group would release the single "Forever" on February 5. Forever is the remake of the same name song by Yoo Young Jin as a part of S.M. Entertainment’s holiday album “Winter Vacation in SMTOWN.com” in 2000. Concept photos were released on February 1 through February 4. On February 4, 2021, SM made a statement stating that aespa will be releasing three performance videos that show a variety of concepts on the 6th, 8th, and 10th[6] A couple hours later, the M/V teaser for “Forever” was released on SMTOWN’s YouTube channel.

On February 10th, aespa was announced as the new brand ambassador for Givenchy as the first K-pop group to represent the French luxury fashion line.[7] The group then went on to feature in the March 2021 issue of DAZED Korea.

On March 23rd, aespa was named by People Magazine, an American publication, as one of the "Talented Emerging Artists Making Their Mark on the Musical Landscape in 2021" in which the group announced their first mini-album is slated for summer of 2021.[8]

On May 4th, SM Entertainment confirmed that aespa are preparing for a May comeback. The schedule for the comeback is set to be released once it's finalized.[9] On May 6, a photo that said Next Level was posted on the girls social media accounts. Later that day, it was confirmed that aespa will be releasing their third digital single, "Next Level" on May 17.[10] Concept photos for "Next Level" were released on May 7 to May 15. During the press conference for "Next Level" it was revealed that they are planning on releasing their first full length album soon.[11]

On September 14, a short clip was posted onto the girls social media accounts with the word Savage. About 12 hour laters, SM announced that aespa will be releasing their first mini album, Savage, on October 5. Concept photos were released starting on September 23.

aespa were announced as the new models for KB Bukopin on September 30. They will serve as the new representative model for the gen-z platform "Liiv', which KB Bukopin is preparing for.[14] According to Dispatch Beauty, Acqua de Parma, an Italian perfume brand, has chosen aespa as their new muse.

aespa performed "Savage" at the Macy's Thanksgiving Day Parade on November 25. On December 10, it was announced that aespa would be taking part in the eighth SMTOWN winter album, 2021 Winter Album : SMCU Express which was released on December 27, 2021.[15] On December 20, aespa released a remake of "Dreams Come True" by fellow label mate S.E.S. It's a pre-release song for 2021 Winter Album : SMCU Express.[16]

2022: GOT the beat, Coachella debut, Girls, and international expansion[]

On December 27, members Karina and Winter were revealed as members of the first unit, GOT the beat, to the project group Girls On Top. The group debuted with the single "Step Back" on January 3, 2022.[17]

On April 19, 2022, SM Entertainment announced that Aespa would performing at the second week of the Coachella Valley Music and Arts Festival, becoming the third K-pop girl group to do so.[18] As part of their set, the group performed a previously unreleased English song, titled "Life's Too Short".[19][20]

On May 12, the group was included in TIME Magazine's Next Generation Leaders list.[21][22] On May 27, the group was also included on Forbes' "30 Under 30" list in the Entertainment and Sports category.[23]

On June 1, an intro video was posted on their social media accounts which revealed that aespa will be releasing their second mini album, Girls, on July 8.[24] Later that day, SM Entertainment revealed the group had signed a contract with the American record label Warner Records.[25] To mark the beginning of the partnership, the group will release their first English single, "Life's Too Short", on June 24.

Also on June 1, Aespa dropped a suprise lyric video for a new song called "Illusion", which will be featured on their upcoming mini album.

On June 2, the group announced their first ever Japanese showcase tour, titled Aespa Japan Premium Showcase 2022 ~ Synk ~, which will be held on August 6 and August 7 at Pia Arena MM in Yokohama, Japan.[26]

All of the members do not have fixed official positions, except the leader and main vocalist positions. 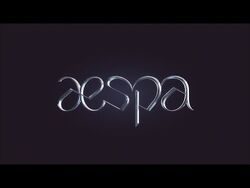 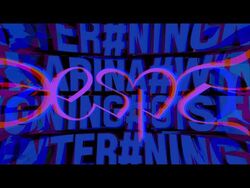