Yu Ji-min (Hangul: 유지민), also known by her stage name Karina (Hangul: 카리나), is a member of the South Korean girl group aespa and the female unit GOT the beat.

Karina was active on Social Media and was a former ulzzang recruited by an SM casting manager and she became an SM trainee in 2016. In February 2019, Karina appeared in Taemin's "Want" music video and also acted as dancer for the song's promotional stages. On November 1, 2020, she performed alongside EXO’s Kai for the virtual showcase held by Hyundai Motors and appeared with him in 'Beyond DRIVE - The all-new TUCSON', a collaboration virtual showcase between Hyundai Motor Company and SM Entertainment.

On October 27, 2020, S.M. Entertainment revealed Karina as the second member of aespa.

At the 2021 Mnet Asian Music Awards, Karina opened the award show alongside some 4th generation idols with a collaborated special dance performance.[1]

On December 27th, it was announced that Karina will be debuting in the first unit, GOT the beat, of the female project group, Girls On Top. She will be debuting alongside, Winter, BoA, Taeyeon and Hyoyeon of Girls' Generation, and Wendy and Seulgi of Red Velvet. They will be performing their debut digial single, "Step Back"[2], at the SMTOWN Live 2022 : SMCU Express@Kwangya online concert on January 1, 2022 before the ofical release on January 3, 2022.[3] 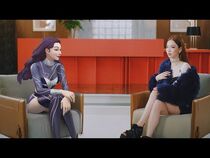 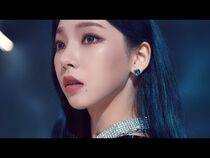