Ningning participated in many singing programs in China, that included China's Got Talent Season 2 in March 2011, China's New Sound Generation in July 2015, and the Harbin Silver Valley Fuxing Concert performing "Rolling in the Deep" By Adele on October 10, 2015. Ningning was recruited by an SM Entertainment staff after watching a video of her performance in 2016. On September 19, 2016, she was introduced as a member of S.M. Rookies, a pre-debut trainees team maintained by S.M. Entertainment. As part of it, she appeared on the Rookies Princess: Who's the Best? segment of the program My SMT in 2016, and recorded several covers for the Korean animated TV program Shining Star in 2017.

On October 28, 2020, during a press conference, a video showing the final lineup of Aespa revealed Ningning to be a member. On the next day, Ningning was officially revealed by S.M. Entertainment as the third member of aespa. 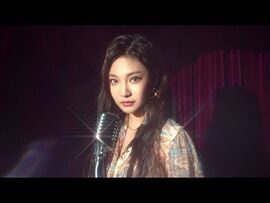